Aviation technology has come a long way to get to where it is today. Over the course of the last century countless test flights, thousands of blueprints, and endless research from passionate minds have propelled the evolution of aircraft and aerospace technologies. Read on to discover how aviation materials have shifted to create a better, safer, and more efficient flight experience.

The Pioneers of Aviation

For much of human history, we have been fascinated with taking flight. The ancient Greeks contemplated sprouting wings in myths like Icarus and Daedalus – the boy who flew too close to the sun with wax and feather wings. Leonardo Da Vinci sketched flying machines that were way ahead of Renaissance times. It all came to fruition in 1857 when Félix du Temple de la Croix, a French Naval officer, received a patent for a flying machine. By 1874, he had developed a lightweight steam-powered monoplane which flew short distances under its own power after takeoff from a ski-jump.  Finally, in 1903, the Wright Brothers made the first controlled, powered, and sustained flight near Kitty Hawk, North Carolina. The Wright Flyer featured a lightweight aluminum engine, wood and steel construction, and a fabric wing warping. According to the U.S. Smithsonian Institution, the Wright brothers accomplished the “world’s first successful flights of a powered heavier-than-air flying machine.” 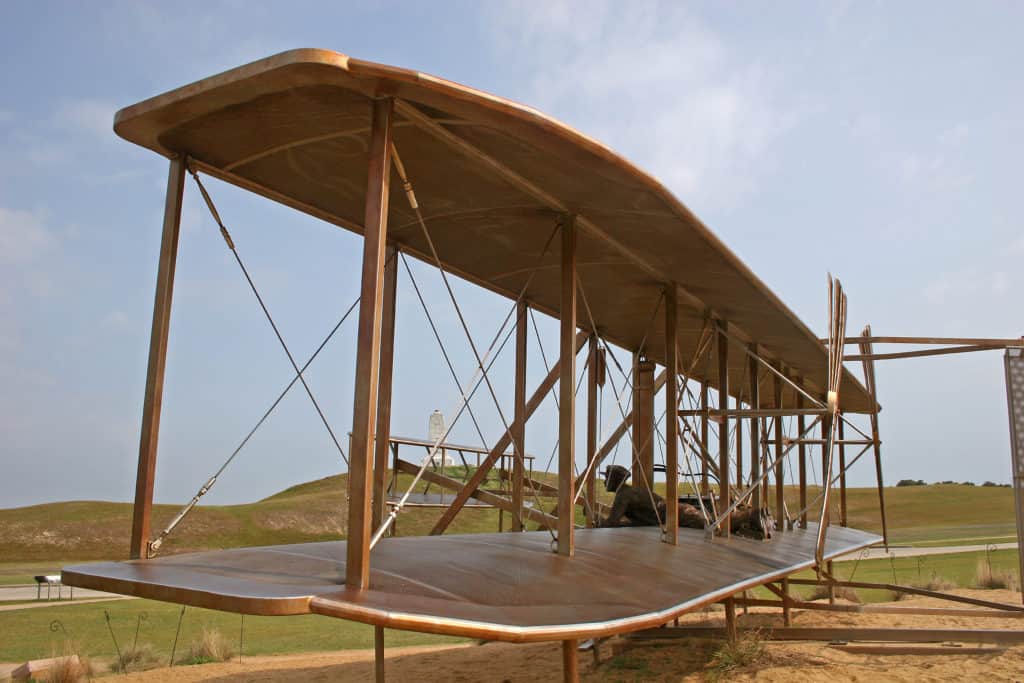 Just 12 years later, the first all-metal airplane (Junkers J1), built by Hugo Junkers (1859-1935), took flight in 1915. Previously, aircraft experts believed that airplanes can only fly with light materials such as wood, struts, tension wires, and canvas. Junkers thought differently and believed that heavier materials like metal were necessary to transport passengers and goods.

The Roaring 20’s ushered in airplane racing competitions, which led aircraft designers to focus on performance. Innovators, such as Howard Hughes, found that monoplanes (aircraft with one pair of wings) were more aerodynamic in comparison to biplanes, and that frames made with aluminum alloys were capable of withstanding extraordinary pressures and stresses. Due to its lightweight properties, aluminum also made its way into the internal fittings of the aircraft decreasing the weight and allowing for a more fuel-efficient design. 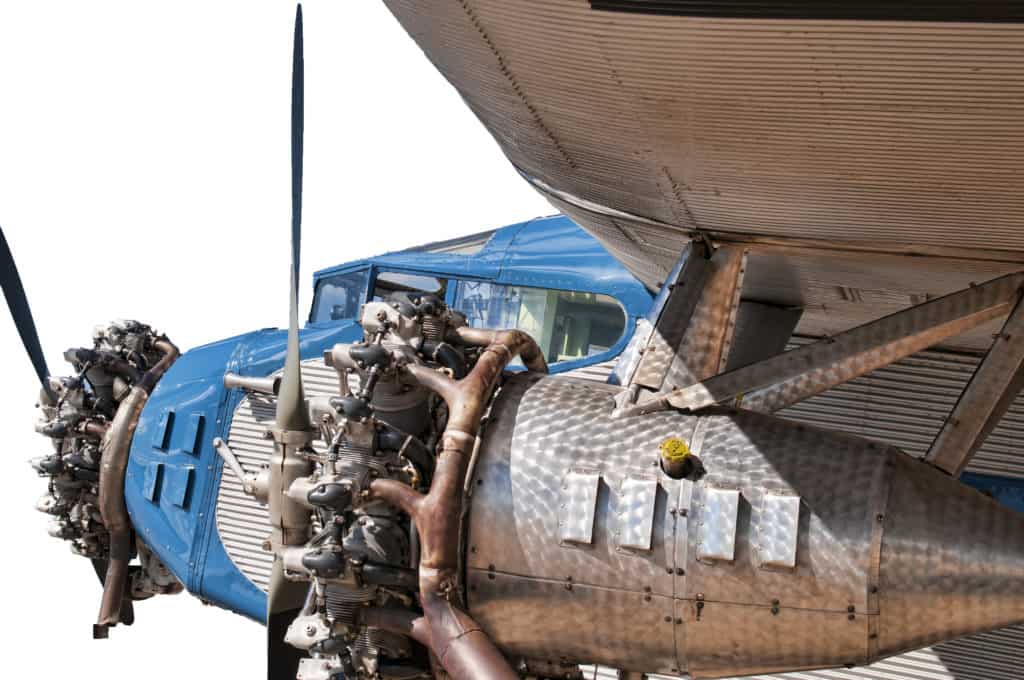 By the 1930’s, the use of wood became obsolete and all-metal aircrafts were produced for their durability. Imperial Airways, known today as British Airways, made headway in the air travel industry with advertisements of luxury and adventure to cross borders. However, those borders were sealed off with the breakout of WWII. In 1939, Imperial Airways, a private commercial airline, was ordered to operate from a military standpoint at Bristol Airport.  Across the Atlantic, engineers focused their efforts on building aircraft meant specifically for military strategy – strength, durability, agility, and weaponry.  The Boeing P-26 “Peashooter” entered service with the United States Army Air Corps as the first all-metal and low-wing monoplane fighter aircraft. Known for its speed and maneuverability, the small but feisty P-26 formed the core of pursuit squadrons throughout the United States. 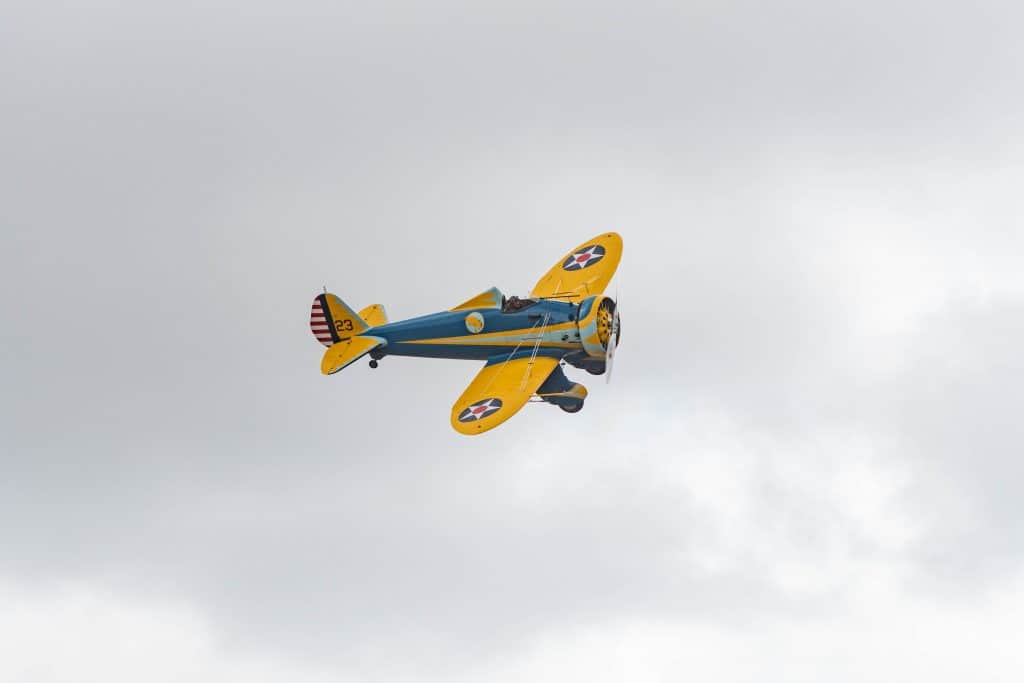 In times of war, there are often significant advancements in material usage, weaponry, and machinery. World War II was no different. Plastics entered the scene during World War II, starting with the replacement of metal parts for rubber parts in U.S. aircraft after Japan limited metal trade with the United States. Following that, plastics of higher grades began to replace electrical insulators and mechanical components such as gears, pulleys, and fasteners. Aircraft manufacturers began to replace aluminum parts with plastics as they were lighter and thus more fuel efficient than aluminum.

The Race for Space

Lighter and more fuel efficient were the key words following World War II as nations turned their attention to the skies and beyond. The space program in the 1960’s brought together illustrious minds to solve the seemingly impossible feat of being the first country to put mankind on the moon, thus, the great race for space began. Aircraft were now going beyond the sky and NASA scientists knew they were dealing with new territory in aero innovation. They needed a material that could break the Earth’s atmosphere and carry a hefty amount of fuel, while protecting the spacecraft’s crew from extreme temperatures. NASA scientists turned to plastics, specifically Kevlar and nylon. Layers of nylon and other insulators were wrapped under the body of the spacecraft to protect the crew from the extreme temperatures of space. Both of these plastics are still staples in the aerospace industry – keeping the Hubble telescope and many other satellites scanning humanity’s charted and uncharted expanse. 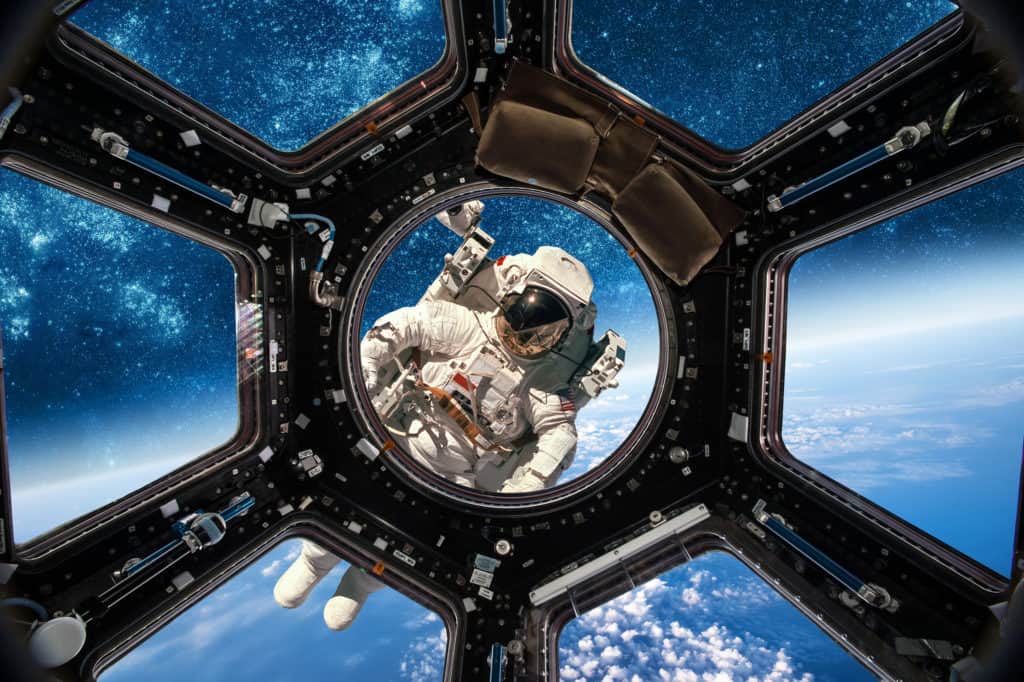 Plastics of the Future

Plastics continue to lead the future of materials in aerospace and aviation industries for their durability, precision, and ingenuity. For example, in 2009, the 787-8 Dreamliner made its first maiden flight, becoming the first aircraft to have wings and fuselage made from carbon-fiber plastics. Besides being lightweight, plastics offered increased safety with their resistance to high impact, and their proven ability to withstand chemically harsh environments. This proved plastics an invaluable material when compared to alternative material choices like glass or metal. 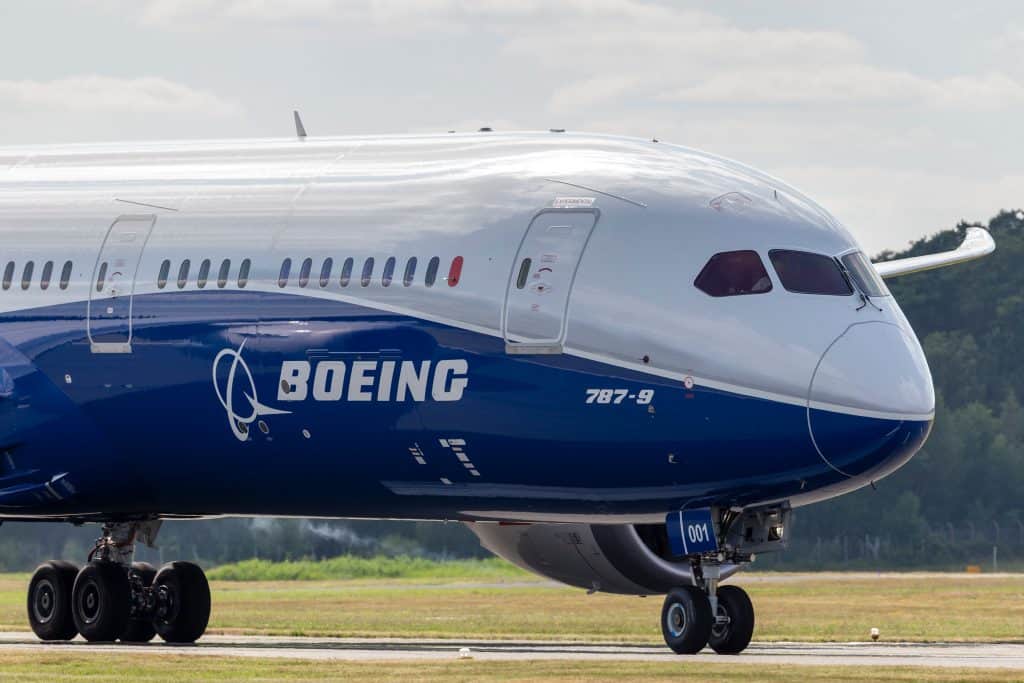 Starting in the 1970s, plastics began to play a more crucial part in the defense and military industry, especially in stealth aircraft. The U.S. Air Force saw the potential of plastics when they learned that plastics could absorb radar waves. The added benefit of reduced radar signature makes plastics ideal for creating stealthy aircraft. Plastics continue to contribute to innovation in the defense industry, especially with stealth fabrics and other composite materials which can virtually create invisibility to radars in the near future.

Aside from plastics becoming increasingly popular for use in the defense and military sector, high grade plastics like PEEK are highly favorable for space travel due to its ability to function in hostile environments, critical in space exploration. Plastics are even being researched for lightweight radiation shielding for the International Space Station and flights to Mars.

At AIP, we’re proud to be a continued part of aviation and aerospace advancements and we look forward to engineering solutions for the next frontier. In fact, at the time this article was written, we are AS9100D:2016 certified, which means we meet the high-quality standards of applications in the aerospace industry. In addition, we are also ISO 13485:2016, ISO 9000:2015, FDA audited, and ITAR certified. Above call, we strive to create genuine relationships with our customers to deliver mission critical components with promise. To learn how we can help you, contact us today.

Interested to learn more? Read “Plastics in Aerospace: The Secret to Fuel-Efficient Aircraft”

or request a quote here.